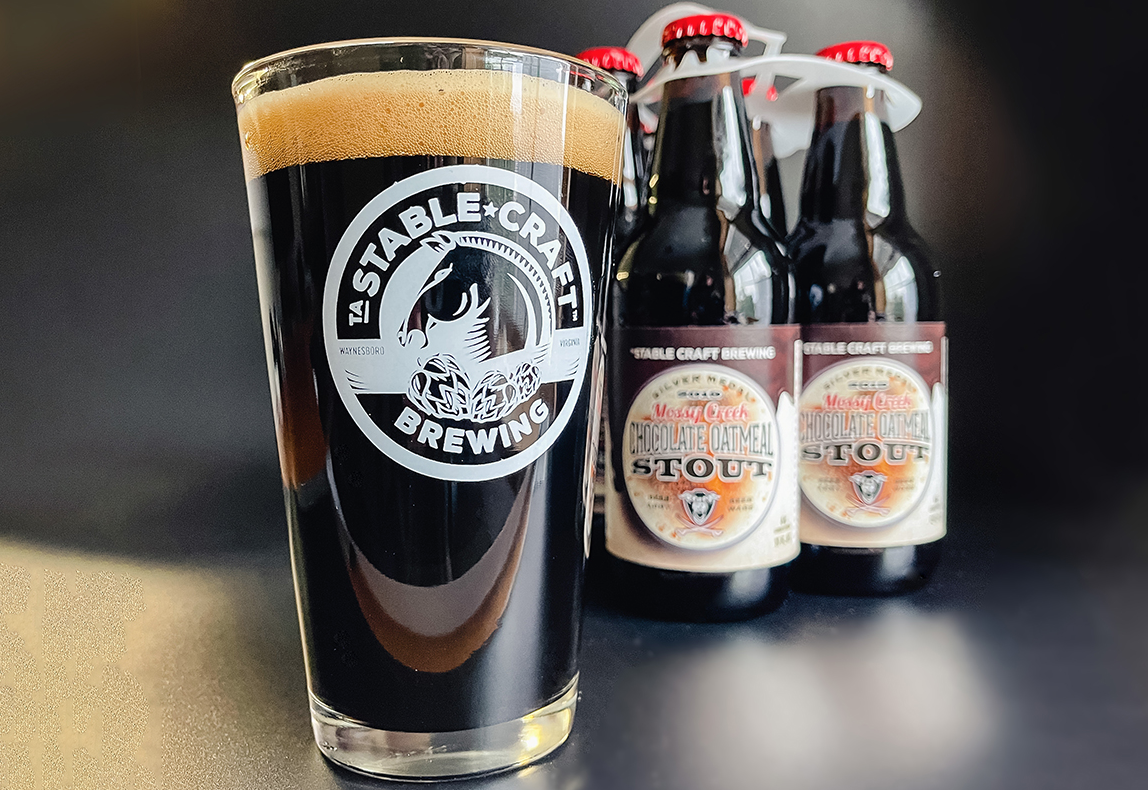 Starting this year, Eric Ahlberg, the brewery’s head brewer — formerly with Blue Point Brewing — has deemed that Mossy Creek will reside year-round as one of Stable Craft’s core beers.

Mossy Creek was one of the original brews made at Stable Craft.

It started with founder Craig Nargi​ ​whipping up a ​five-gallon batch on his homebrew system. ​Quickly it became a favorite of all that tasted it​ and over the years, each ​new ​head ​brewer that came in to put a different spin on it, and today it stands alone as ​the Virginia brewery’s top-selling ​Stout​.

“Mossy Creek Chocolate Oatmeal Stout has been a staple to our taps during Stout season with a large following of Stout enthusiasts,” Ahlberg said. “We hope that the creation we make, and the drive of consumer interaction with our style, help drive our sales.

Over the years, the brewery has seen a year​-​over​-​year spike in sales of this product offered in pints, growlers, and 12 oz bottles for to-go sales.

Although Stouts have primarily become a vehicle to add a crazy amount of adjuncts, Mossy Creek is balanced instead.

“We do showcase our German malts,” Ahlberg said. “Our real showpiece of this beer is our balance of the malts, hops, and fresh cacao nibs added in to give it a smooth chocolate finish.”

​The brewery picked up a Silver Medal at the 2019 Beer Wars event for Mossy Creek and has proudly displayed that victory on its bottle’s labels since.​

​”​It’s always important and a privilege to have other competitions and people acknowledge our beers and see the true essence of what we do,” Ahlberg said. “We are trying to bring smiles to the faces of people who taste our products. When you win an award we feel honored that we were able to do that.”