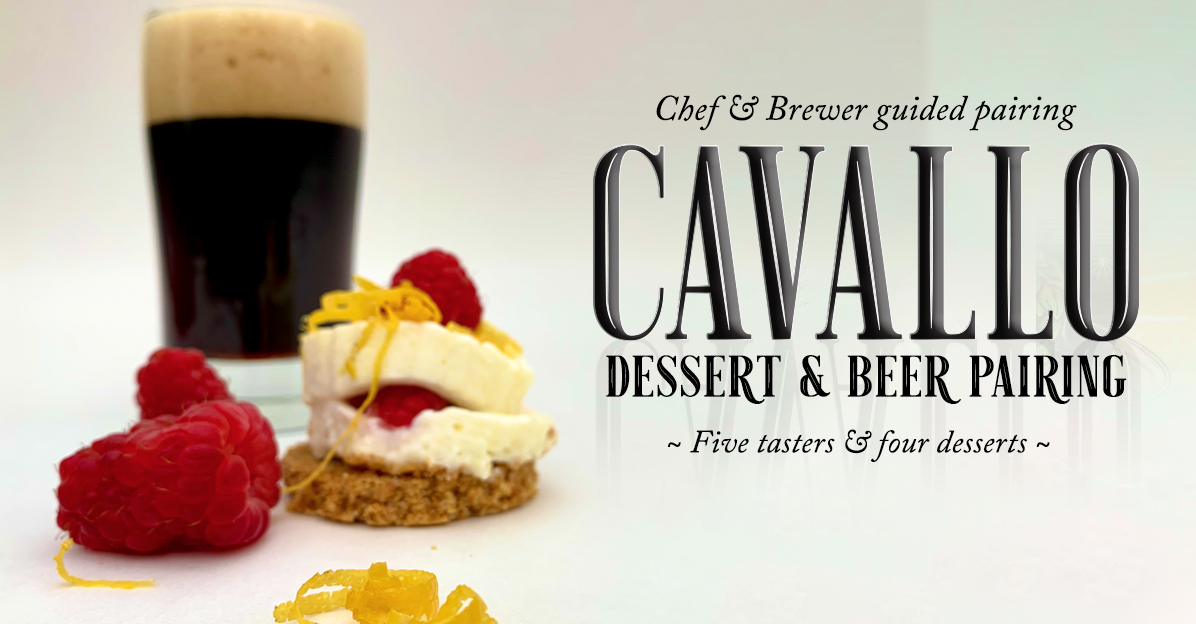 This year’s Cavallo release will feature four variants and each will be paired with a special dessert by Stable Craft’s Executive chef Stephan Klein.  Joining in the festivities to entertain and educate guests will be German Master Brewer Peter Bottcher and Catoctin Creek Distillery’s John Reed Shope.

The socially distant Cavallo release party will be capped at 50 guests and kicks off with a guided tasting on Friday, November 6 from 7:00 – 9:00 pm and a beer and dessert pairing on Saturday, November 7 from 1:30 – 2:30 pm.  Tickets are limited so order today at: https://www.eventbrite.com/.../cavallo-barrel-aged...

The 2020 Cavallo line-up plus dessert pairings will include the following:

Featured speakers on Saturday include John Reed Shope, Catoctin Creek Distillery's Sales Manager. Catoctin Creek is an intergral part of this barrel-aged Imperial Stout as Cavallo slumbers in Catoctin Creek's Rye Whiskey barrels for 365 days before its release. John is the life of the party and will have you laughing against your will.

Peter Bottcher is a German Master Brewer who received his degree from Doemens Academy in Munich – Germany. Peter's background spans over 30 years and he is CSI-Certified Black Belt Six Sigma. Peter has received 4 gold medals & 1 silver medal at GABF; been a master brewer for Abita and Pacific Western Brewing Company and is a malster at Malteurop. Peter serves as a consultant to the team at Stable Craft and we are pleased to welcome him for our Cavallo release.