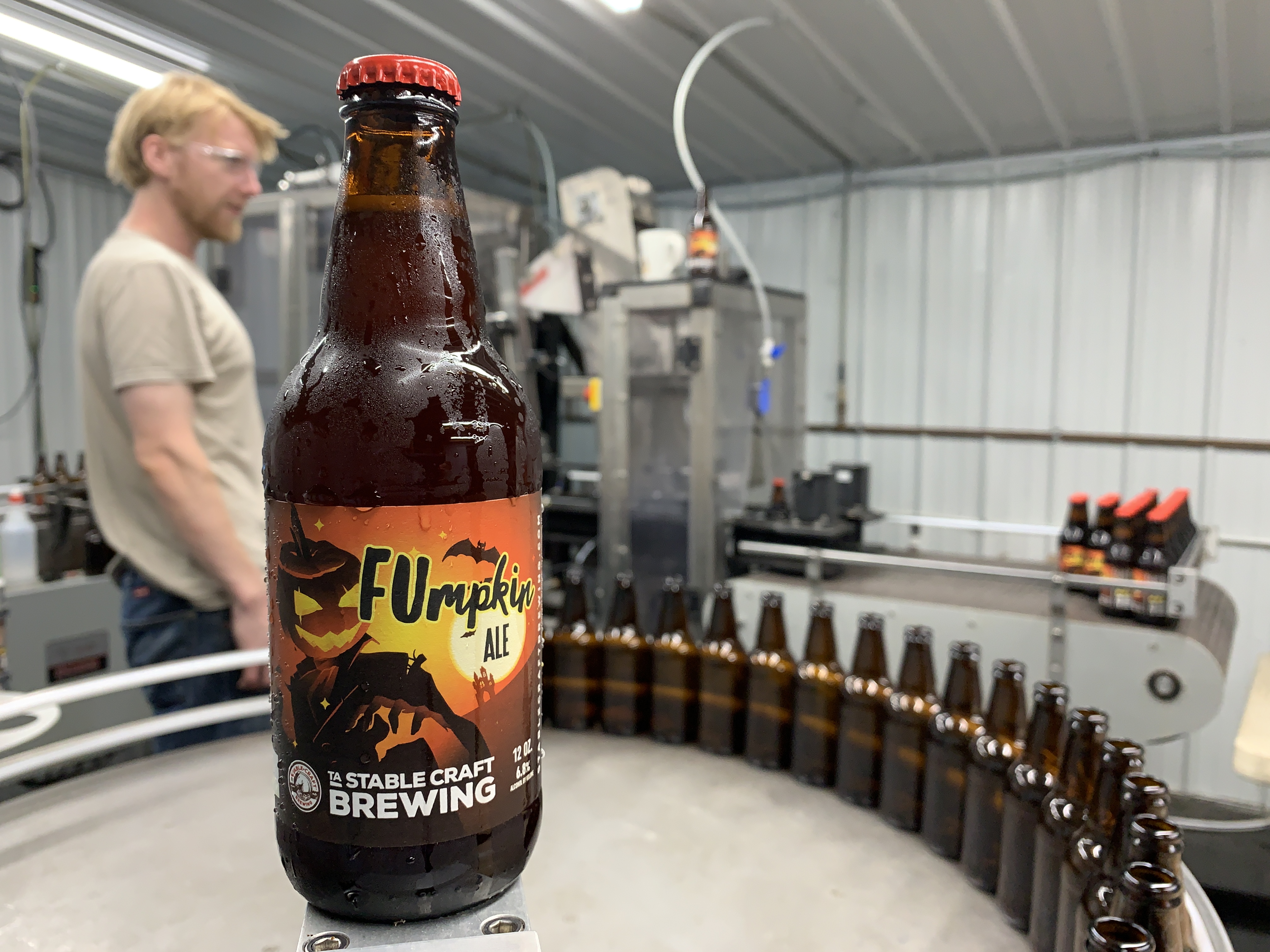 Stable Craft Brewing has announced its Oktoberfest beer lineup and release dates starting with the release of its popular FUmpkin Ale.  The release date for FUmpkin Ale is slated for August 28 and will be available in draft and bottles.

FUmpkin Ale is 5.8%ABV 21 IBUs featuring an amber color with a beautiful white frothy head on the pour with hints of caramel, crust, and spice on the nose. Beer drinkers will detect crust, pumpkin, and spice in the taste, reminiscent of pumpkin pie.  FUmpkin Ale is best enjoyed on a cool, fall night next to a cozy fire.

The brewery kicks off its stable of Oktoberfest beers with a Labor Day Weekend “Socially Distance Oktoberfest Festbeir Release” along with a special food menu to pair with it.  The Oktoberfest menu will feature  delicacies such as Schweineschnitzel, a quintessential, traditional German dish, made with pork and served perfectly breaded, fried, crispy and delicious, along with a complement of sauces and mustards, Rotkhol, German braised cabbage with apples, braised white cabbage and an abundance of Bratkartoffein, German-style potatoes.

While their chefs are working their outdoor kitchen to serve up traditional German fare, guests will want to leave room for Stable Craft’s special brand of funnel cakes, a sweet and crispy fried confection that are guaranteed to put a smile on your face.  To wash it all down, in addition to its Festival of Beers, Stable Craft will also offer its farm-made ciders, known as Apfelwein in Germany.

All beers will be available at Stable Craft Brewing at Hermitage Hill at the agri-pub style restaurant as well as for weddings, receptions, private parties and corporate events.