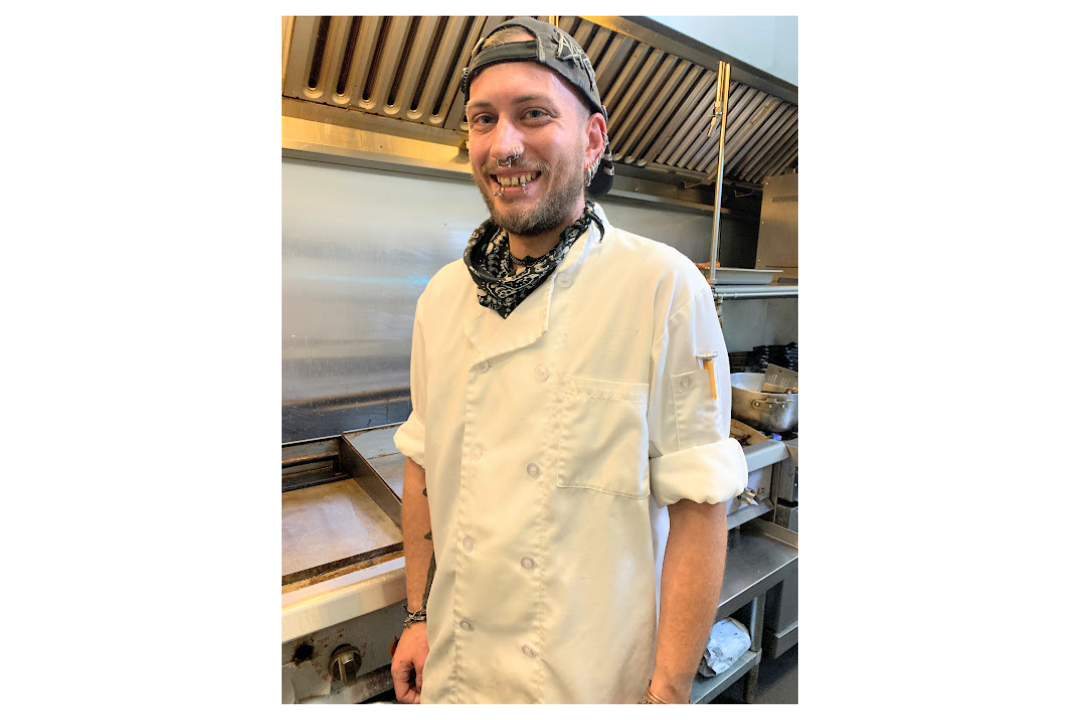 Ray is now 14 years vegan! His journey started at the end of high school with a philosophy that holds true to him today. “I don’t believe in killing or war and I figured well, if I feel that way about people why not other living creatures as well.”

At the time Ray’s vegan journey began, it was much more difficult to find alternatives to meat; most of his meals were frozen. Over time, this changed with a new wave of vegan alternative foods. “Then learning how to cook as a Sous Chef and being vegan, I learned to combine the two.”

To be an innovator in the vegan cuisine world it takes an unfailing amount of creativity. “What can I do with something as simple as asparagus? What can I do differently with this or what kind of seasoning works well with it?”

The new vegan items are gaining traction and popularity, even among non-vegans. It only makes sense to start looking to the future of what vegan cuisine can become.

“We were talking about in the future doing specials. So say we want to do a smoked ribeye, I start doing some research. Can I make a smoked vegan ribeye?” THE POSSIBILITIES ARE ENDLESS.

As Ray helps Stable Craft take its sustainability to the next level with new vegan options and zero food waste, Ray is working to reduce his footprint in his home life as well. He does his own composting at home as well as recycling.

One of his favorite memories is the wedding cake his wife made on their wedding day. The morning of, making everything from scratch, she crafted a beautiful VEGAN wedding cake!

"For me it’s having respect for the planet and everything else that’s on here, being kind to one another, and cultivating peace."